As soon as the pandemic is over and we can officially be in person, our ‘monthly film series’  will return to the Silver Screen … Stay Safe and MaskUP

‘This is ground-breaking for American Indian & Indigenous filmmakers. Never in the history of cinema has there been a home in the entertainment capitol of the world for year round programing of Indigenous independent films. Native filmmakers will now have a permanent home where native independent films will screen once a month’ – states Joanelle Romero, founder of Red Nation Intl’ Film Festival, ‘Not only will we be screening films but we are in Beverly Hills down the street from the Academy of Motion Picture Arts & Sciences.’ More news to be announced. #25RNCI2020 @NdnCinema #IndieNativeFilms #rednationfilmfestival 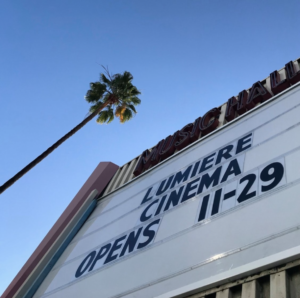