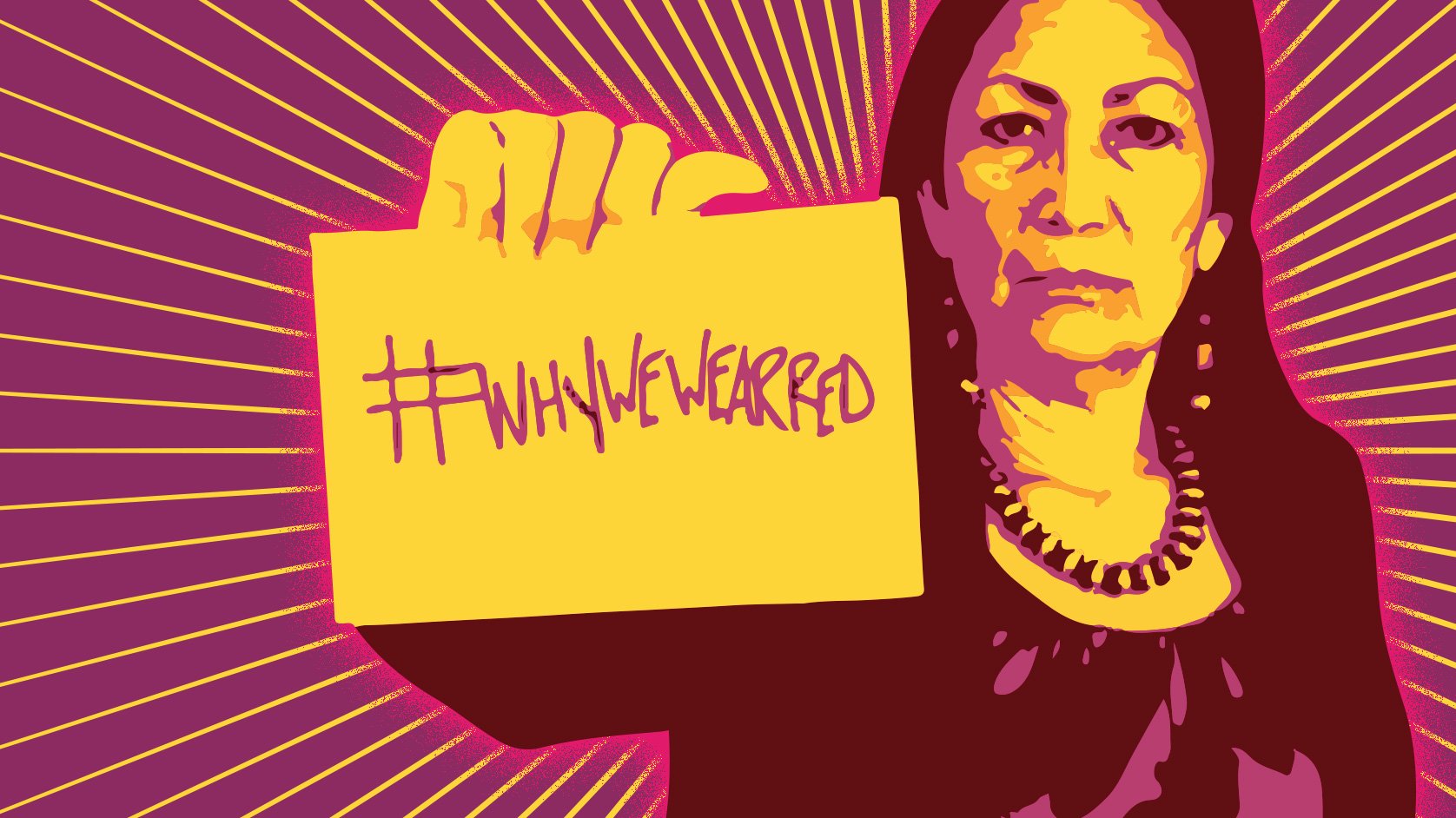 Decolonizing The Screen Films Directed and Produced by Women

The powerhouse of matriarchal society, Indigenous Women  storytellers are being heard, their films are being seen not only at Native Women in FILM Festival and the annual RNCI Red Nation International Film Festival but in other media outlets.

‘We need to fund and keep funding Indigenous films.  I have been curating films for 41 years and being the only native filmmaker short-listed for an academy award, and founder of the largest Native film festival in the country RNCI Red Nation International Film Festival, now in its 25th year, screened 23 films directed by women last year in November. RNCI’s fundamental foundation is to continue to unite our creatives within our community to bring together a greater force to the entertainment industry and the world at large.’ – states Joanelle Romero (Founder Red Nation Celebration Institute)

Women of the White Buffalo, The Condor & The Eagle, Once Upon A River Sacheen Breaking the Silence, Hollywood Indian, all won Awards at 24th RNCI Red Nation International Film Festival.

‘I made this film as an opportunity to learn from this intensely beautiful and powerful culture about some of the forces that perpetuate racism, abuse, and inequality within their communities. I pray all that get to see it will want to support their local Native community in some way.’ – Deborah Anderson Dir. Women of the White Buffalo.

‘At this pivotal time in history when our Indigenous women are disappearing and murdered and the lack of Native Women in film and television are directly linked, NWIFT in 2018, coined #WhyWeWearRED and formed a media coalition with a Call to Action to address these subjects.’ – Joanelle Romero  (Founder NWIFT)

The disheartening statistics regarding Indigenous representation in Hollywood continues. In 1977, the first contemporary television movie starring a Native actress was produced’ The Girl Called Hatter Fox’ (CBS) in where a Native actress carried a leading role! It took Hollywood 42 years to produce another one Netflix’s ‘Chambers’ in 2019. From 1992 to 2018 it had been 16 years that America had not seen a Native actress on episodic television on ABC, CBS, NBC and FOX; these networks completely wrote out the Native narrative in regards to Native women, not one single native actress worked in a co-star role, guest-star, or series regular. RNCI founder, went in to meet with ABC Network in voicing this problematic issue. Due to the persistent work of RNCI and our Global call to action #WhyWeWearRED, RNCI is happy to say we now have representation on ABC with a series Stumptown, Tantoo Cardinal was cast as a series regular fall season 2019. 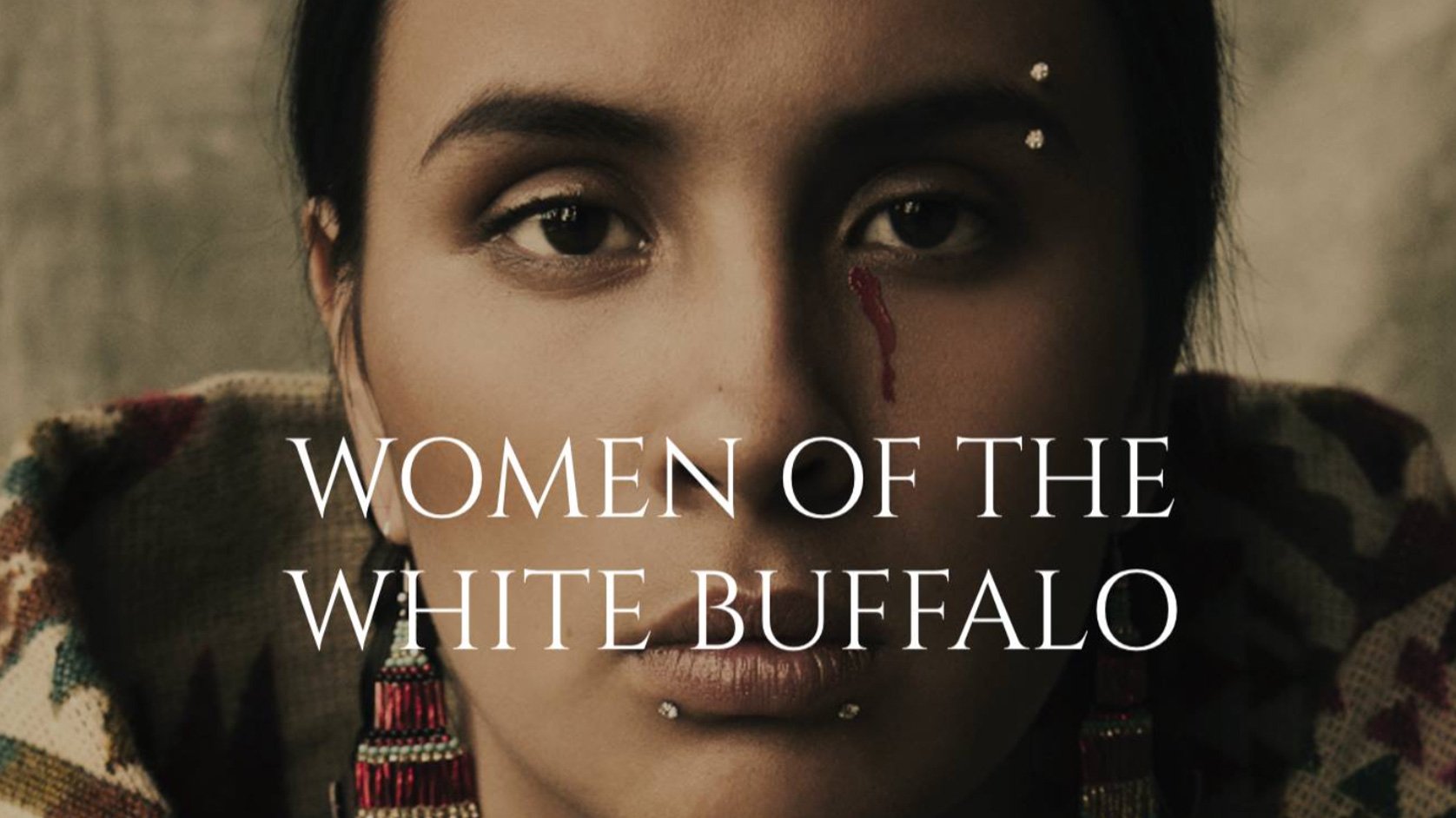 Women of the White Buffalo A matriarchal society upended by centuries of genocide and colonialism has disenfranchised the Lakota women and simultaneously reinforced their roles as the backbones of their communities and the keepers of their people’s ancient wisdom. These are the powerfully rich stories of the brave women and children living in one of the poorest places in the United States. Dir. Deborah Anderson 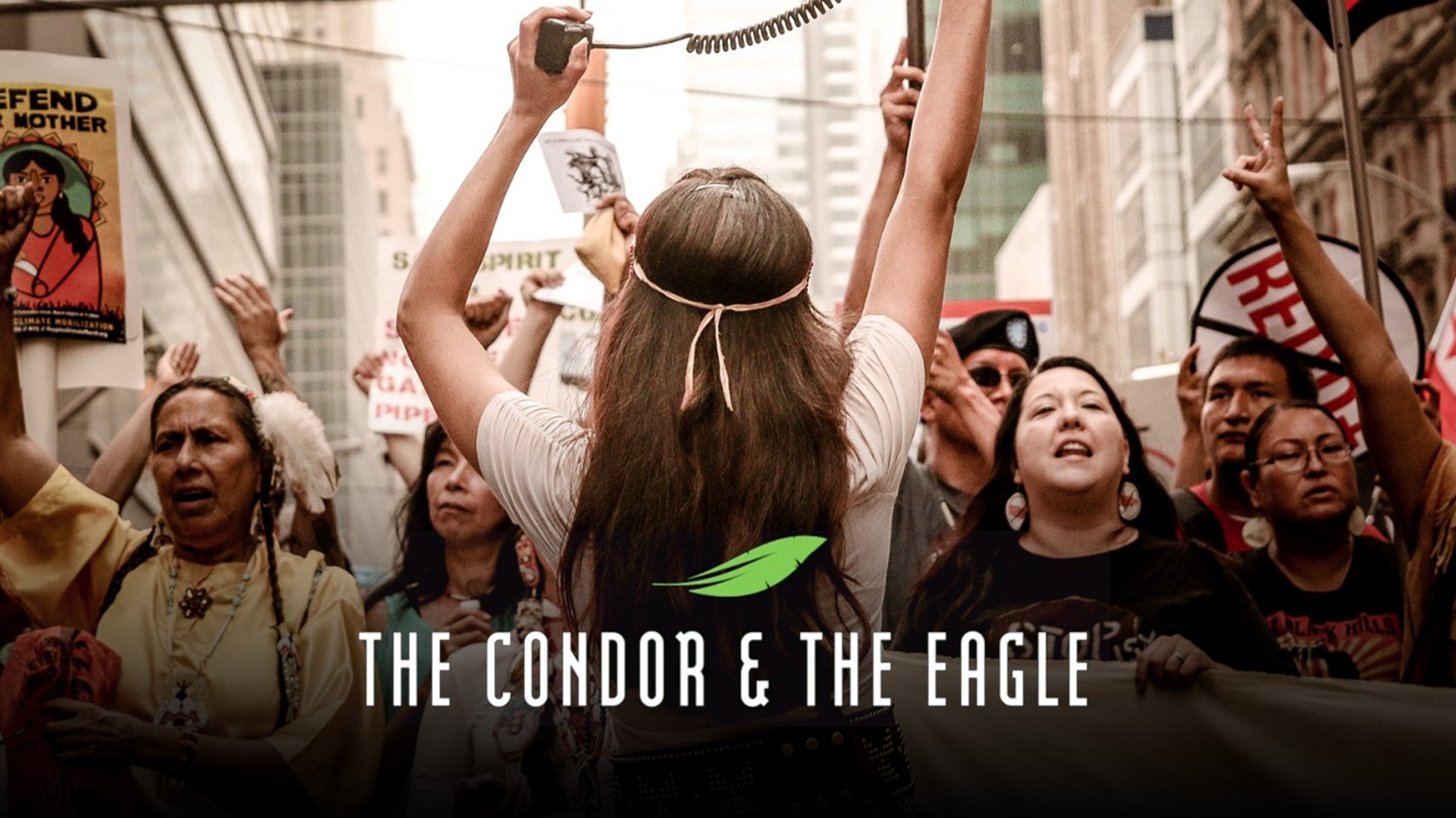 The Condor & The Eagle “Four Indigenous environmental leaders embark on an extraordinary trans-continental adventure from the Canadian plains to deep into the heart of the Amazonian jungle to unite the peoples of North and South America and deepen the meaning of “Climate Justice”. The Condor & The Eagle documentary offers a glimpse into a developing spiritual renaissance as the film four protagonists learn from each other’s long legacy of resistance to colonialism and its extractive economy. Their path through the jungle takes them on an unexpectedly challenging and liberating journey, which will forever change their attachment to the Earth and one another. “ Dir.  Sophie Guerra, Clement Guerra 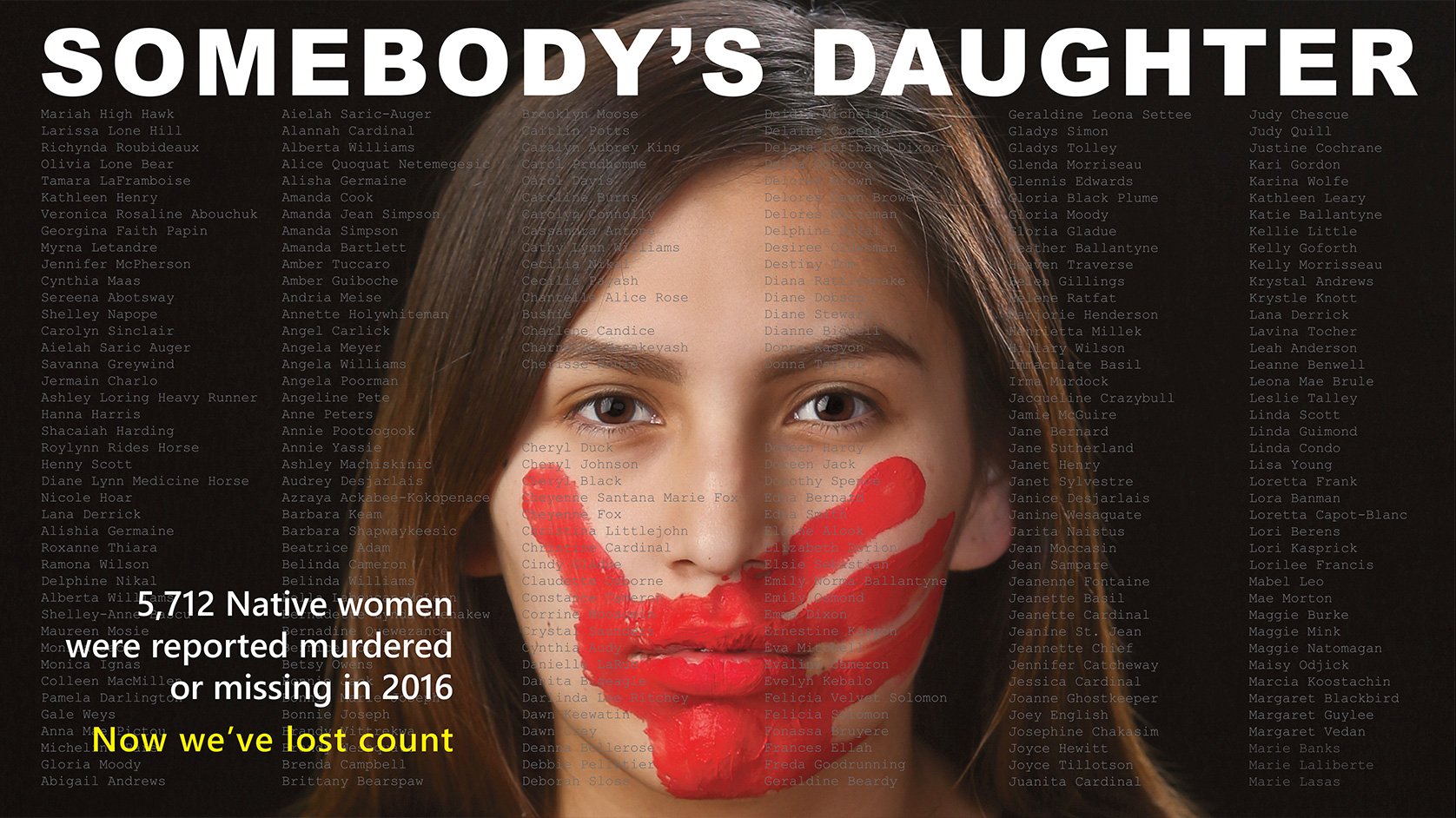 “After watching Somebody’s Daughter many thoughts fevered my brain for hours,” commented Wes Studi, the only Native American actor ever to receive an Oscar. “The search for a solution begins with first knowing a crisis exists,” Studi continued, and the purpose of Somebody’s Daughter is exactly that – to alert lawmakers and the public alike that the Murdered and Missing Indigenous Women crisis exists and demands urgent action. Somebody’s Daughter focuses on some of the higher-profile MMIW cases, some of which were raised during the Senate Committee on Indian Affairs MMIW/MMIP hearing in December 2018. With historical points of reference, the victims’ and their families’ stories are told through the lens of the legal jurisdictional maze and socio-economic bondage that constricts Indian Country. For the first time on film, tribal leaders reveal the devastating roles of drug cartels and gangs in the MMIW crisis.” Dir. Rain 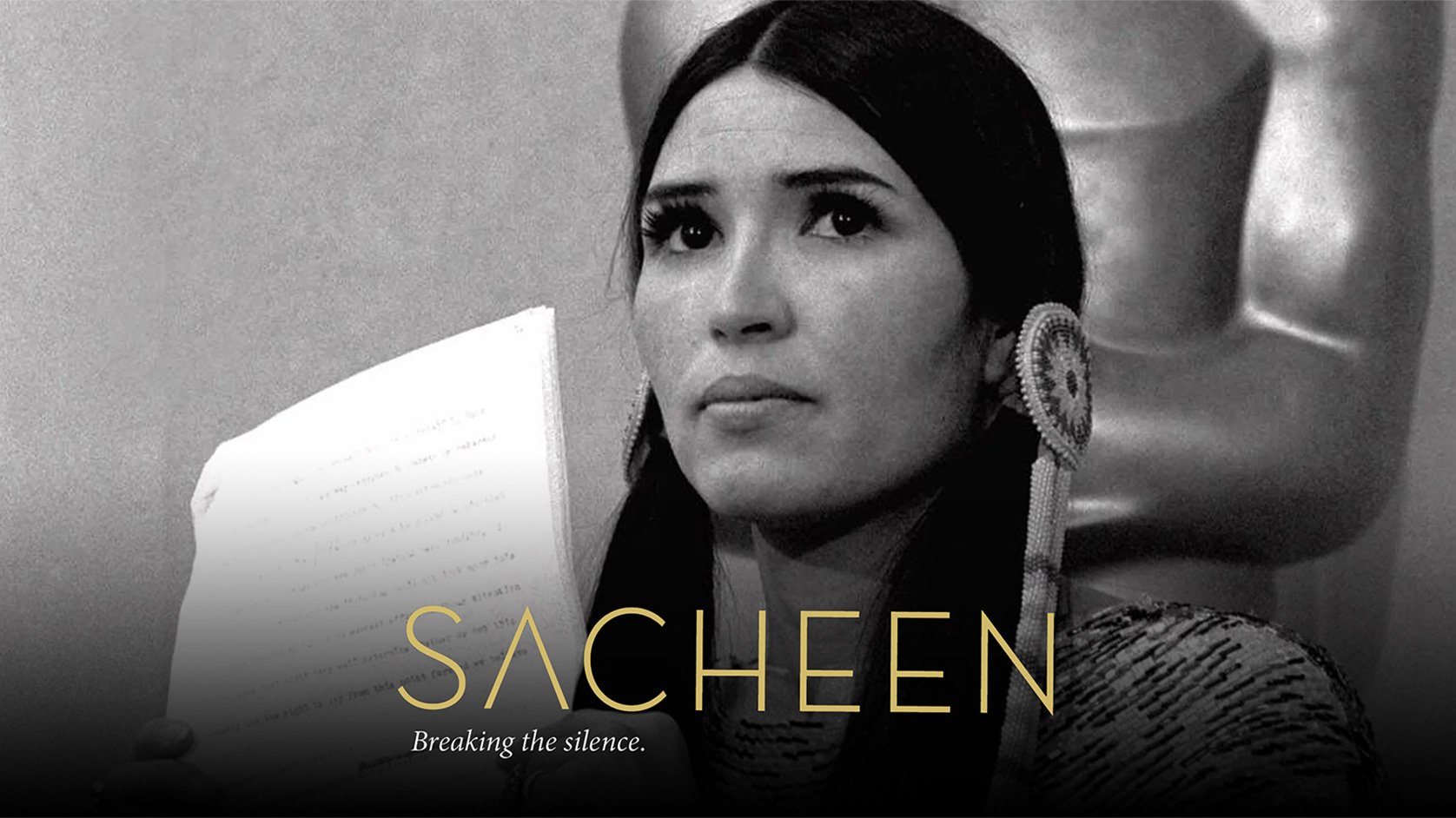 A film that offers Sacheen Littlefeather, a 71-year-old White Mountain Apache and Yaqui elder, actress, activist, dancer, educator, and writer, living in Northern California, the opportunity to share her own story, in her own words, that has been waiting 45 years to be told. As we revisit one of the most memorable and controversial moments in the history of the Academy Awards, Sacheen’s voice will finally be joined together with today’s brave women, who are determined to make their voices heard around the world. Dir. Peter Spirer 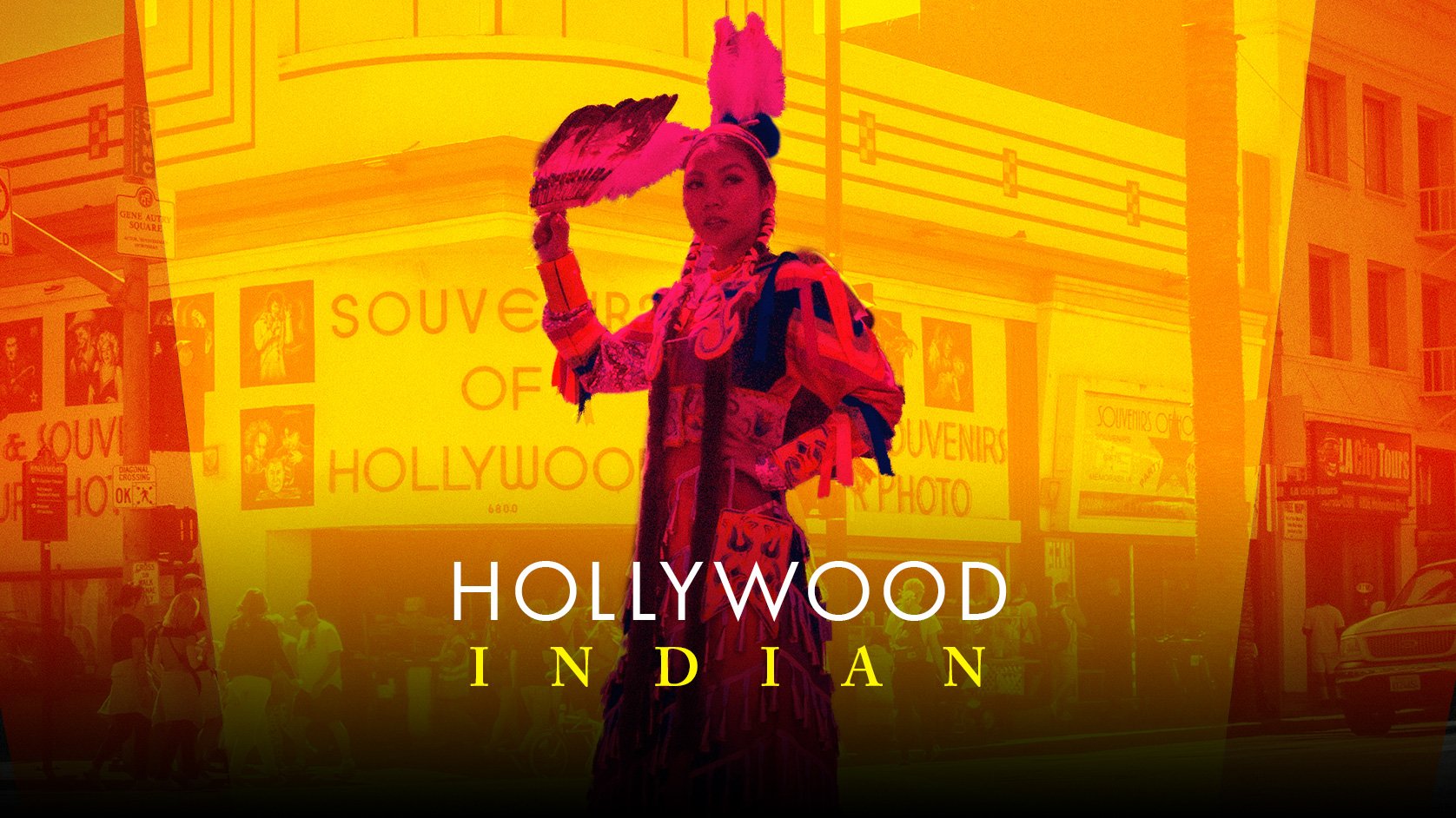 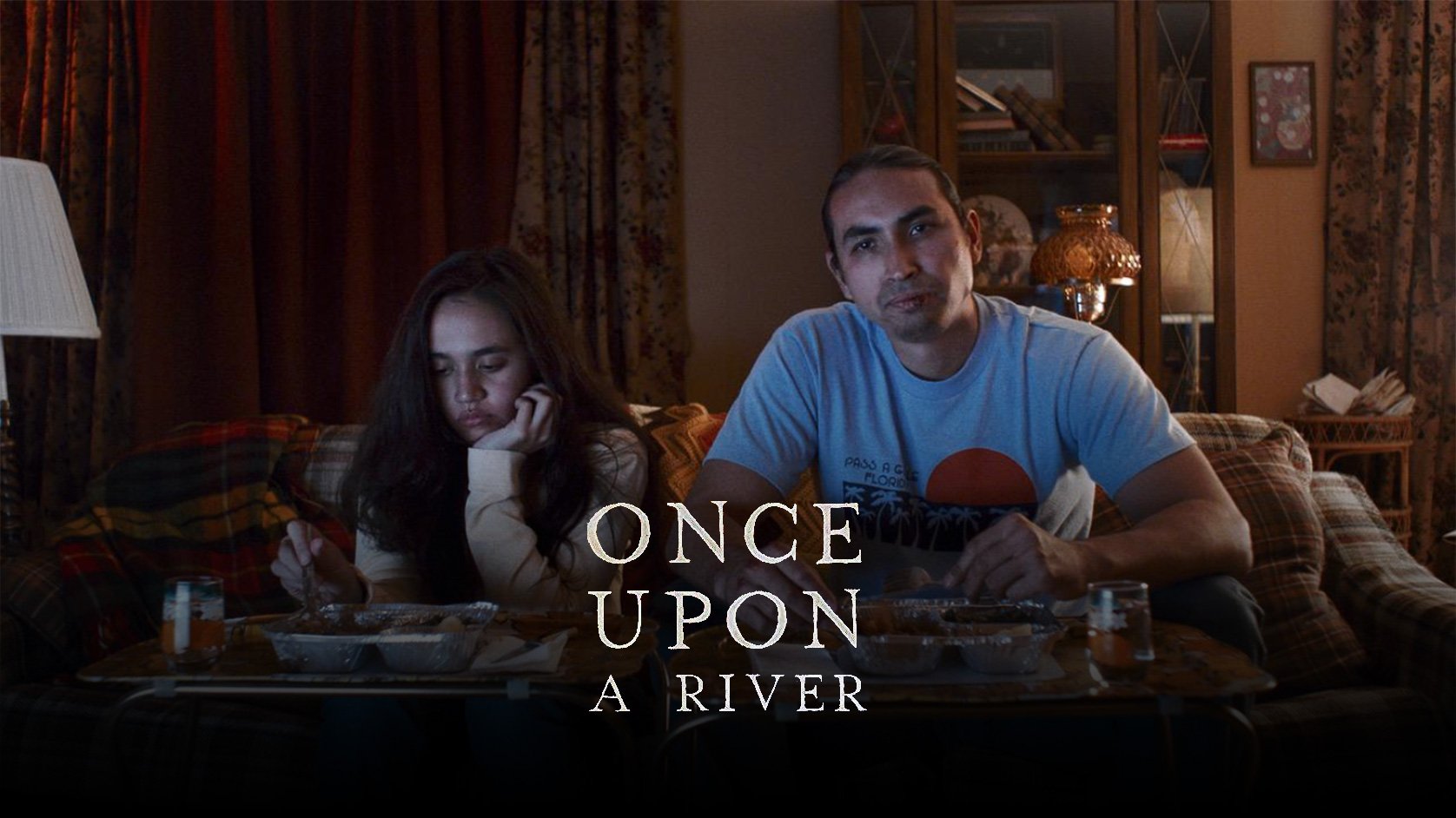 Once Upon A River It’s 1978 and Margo Crane, a 15 year old part Native teen, must take to the Stark River on an odyssey. Akin to Huck Finn, this is a heroine like no other. Based on the best selling novel ONCE UPON A RIVER by Bonnie Jo Campbell. Dir. Haroula Rose

February 5th Topic: How do We Elevate Indigenous Women’s Voices? There is no doubt indigenous women voices and visions are missing from the cultural landscape. What are the new sources of funding? How do we cultivate new allies? A conversation about a 2020 approach to bringing indigenous women into the Hollywood conversation and getting our films made. Panelists: Deborah Anderson (dir. The Women of The White Buffalo), Shari Belafonte (Actress/The Morning Show, Tyler Perry’s Sistas, writing/dir for Bob Marley 75th Birthday), Joanelle Romero (Founder NWIFT).

February 6th Topic: Disappeared While Invisible In the past few decades, thousands of indigenous women have gone missing and murdered with impunity.  What is the connection of these disappearances to our invisibility in American film and television? And who gets to tell our stories? How do we prevent murdered and disappeared indigenous women’s lives from being exploited even in death?  A conversation about authenticity, accountability and access to the resources we need to tell our dramatic reality. Panelists: Rain (dir. Somebody’s Daughter), Haroula Rose (dir. Once Upon A River), Jacqueline A Garcia (producer The Condor & The Eagle), Gabrielle Norte (dir. Hollywood Indian), Joanelle Romero (dir. American Holocaust: When It All Over I’ll Still be Indian), Claudette C. White (San Manuel Tribal Court Chief Judge)

DEADLINE A column chronicling events and conversations on the awards circuit. https://deadline.com/2019/12/oscars-de-niro-scorsese-eddie-murphy-sacheen-littlefeather-1202817369/?fbclid=IwAR3IOvoUAqtSTA_FYPMY2iICAaN67qTNk6EOMhH2cAqX7WPRUNYHgLzISYQ