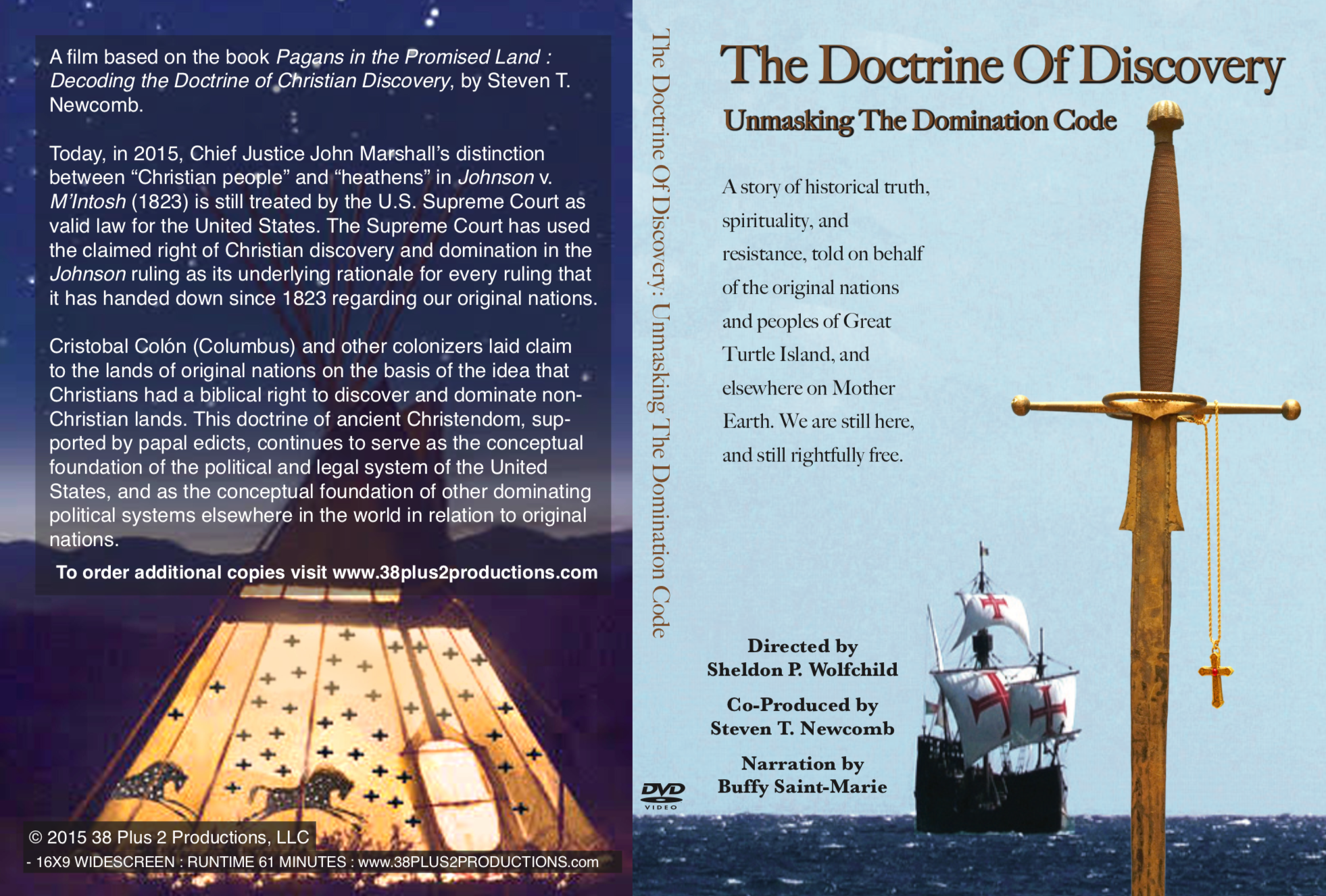 The powerful and landmark documentary “The Doctrine of Discovery: Unmasking the Domination Code” is a result of a joint effort by two Indigenous filmmakers, Sheldon Wolfchild (Dakota) and Steven Newcomb (Shawnee, Lenape). The film is based on Newcomb’s more than thirty years of research and his book Pagans in the Promised Land: Decoding the Doctrine of Christian Discovery (Fulcrum, 2008). Largely narrated by Cree singer songwriter Buffy Sainte Marie, the movie is an exposé of a little known part of history:

The world of Christendom during the fifteenth, sixteenth, and later centuries claimed to have a God-given right of domination in relation to lands where non-Christians (“infidels,” “heathens,” and “savages”) were living. Based on this claim of a divine right of domination and dehumanization, the U.S. Supreme Court defined the land title of Native nations as a “mere right of occupancy” subject to a U.S. doctrine of Christian discovery and domination.

Eminent theologian Dr. Luis Rivera-Pagán is interviewed about his book A Violent Evangelism: The Religious and Political Conquest of the Americas (1992). He talks about the devastating effects of dehumanization, which he calls, “the absolute devaluation of one’s being.” This speaks volumes about the cause of genocide, the Murdered and Missing Indigenous Women in Canada, and other manifestations of the domination of Indigenous women elsewhere.

Birgil Kills Straight, a Headman of the Oglala Lakota Nation, provides insight into the traditional wisdom and teachings of the Seven Laws of the Oceti Sakowin. The traditional teachings of original nations and peoples provide a means of ending the domination system.